Tyson Fury is Heavy Favorite Versus Deontay Wilder in October 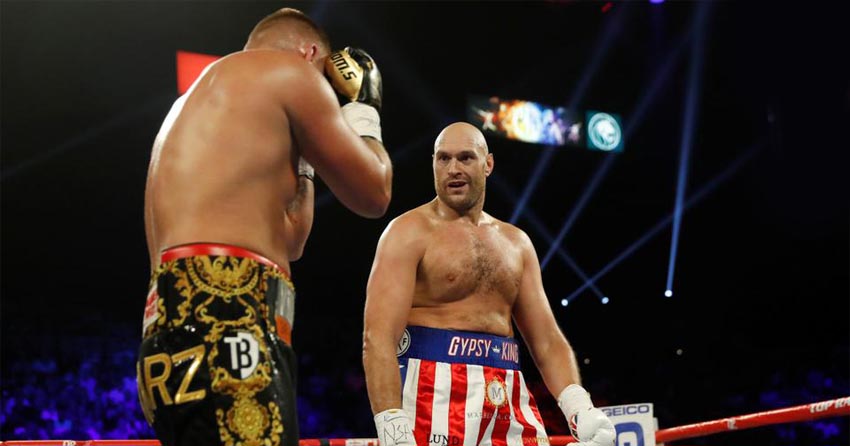 The trilogy fight between Tyson Fury and Deontay Wilder is set on October 3, 2020.

The better bettor pays attention to the odds. And in Wilder-Fury III, the Gipsy King is a heavyweight favorite over the Bronze Bomber.

The bout was targeted to take place in the middle of December, but it now looks like we could see it happen as soon as October 3rd. That said, the pandemic is the biggest problem right now. The fight is contracted to take place on US soil, but at the moment, it isn’t looking like that will be able to happen. At least not with an audience in the seats around the ring. And let’s be honest, a fight of this magnitude without an audience would be quite ridiculous. One report says that the brand new, Las Vegas Raiders Stadium has been booked for the 19th of December and the MGM Grand is in line as a backup.

So, with that in mind fight promoters are looking at alternative countries such as Australia, the Middle East, and even China. No matter where the fight takes place, we are likely to see Tyson Fury stay as a significant favorite on the odds boards. Right now, you can find him as long as -350 on the boxing odds boards but as low as -240 at BetOnline, which actually has some decent value, in my humble opinion.

With the odds sitting as they are, there has been relatively equal action going to each side. Currently, Tyson Fury is taking about 51% of the bets, while Deontay Wilder is getting 49% of the action on his underdog price. If we see this trend continue, the odds won’t get any better for Wilder – that is unless some serious sharp cash comes in him and makes the books reconsider their position.

Apparently, Deontay Wilder is, ‘very, very confident that he can dethrone the Gypsy King,’ as per Frank Warren. But Warren himself, along with Tyson Fury don’t see what else Wilder can bring to the table in fight number three that he hasn’t already brought during the first two.

There is one thing that is worth mentioning: Deontay Wilder has a right hand that is gifted from the gods. Any fighter on the planet, no matter how much more technically sound or talented than Wilder, is always just one right-hand away from a 10-count. You can outbox Wilder for the entire fight and then leave yourself open for just a millisecond and end up on your back with stars and tweeting birds circling around your head. In fact, this is almost what happened to Tyson Fury in their first meeting. Had that late-round knockdown not happened, he would have clearly won the fight and we probably would not even be talking about a Fury-Wilder 3.

What Fury Brings to the Table

Tyson Fury is by far the shiftiest most technically skilled heavyweight since Mohammad Ali. His footwork, head movement, and ability to deceive his attackers from a defensive perspective is unparalleled in this weight class. On top of this, he creates amazing angles for counter-punching with this movement.

Something else that Fury brings to the table is a solid chin and unbelievable heart. That shot he took in fight number one was a monstrous one. Nobody, including Deontay Wilder, could believe that he got up after getting seated by that massive right.

What Wilder Brings to The Table

If you have ever watched Deontay Wilder fight, then you already know it’s all about that massive right hand. He has a knack for pawing with his left hand to find his range and then unleashing the right with uncanny accuracy and devastating power.

That said, he has been knocked for not being a very complete fighter. When you can control his ability to range-put his overhand right, you can win on points or end up knocking him down. That said, most people haven’t been able to do that for the full 12 rounds. However, this time around I expect that Wilder will be in camps working on his left and how to generate accuracy and power with a left hook when his right hand gets shut down.

If he can make Fury fear his left hand with a couple of brain-rattling shots it will open space for the right to sneak back in for the kill.

I think that could happen. Maybe we see Wilder playing dead, so to speak. Acting like he’s weaponless when Fury controls his right and circles away from it, only to surprise attack with solid left-hand work after a few rounds.

Fury is favorite vs. Wilder in october

Deontay Wilder and the #OneChipChallenge