Tyson Fury vs. Tom Schwarz: Date, How to Watch, Predictions

Tyson Fury, the self-proclaimed «Gypsy King», returns to the ring to take on Tom Schwarz in Las Vegas in his first fight since dramatic draw with Deontay Wilder. 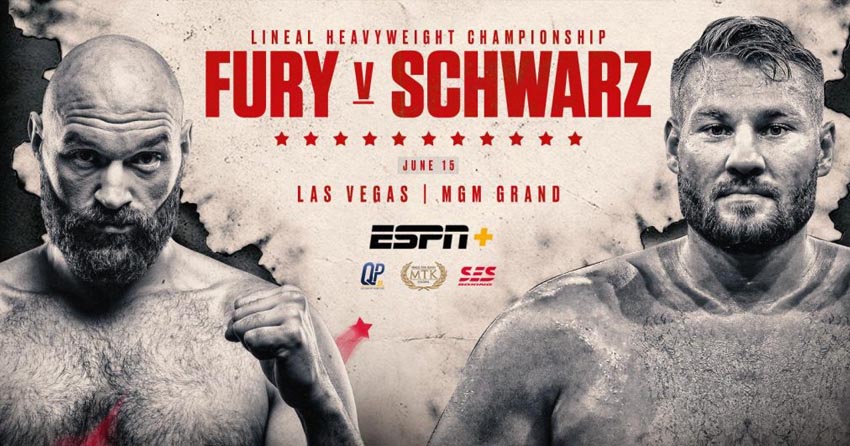 Fury versus Schwarz will be available live in the United States exclusively on ESPN+.
The fight will be broadcast in the UK on BT Box Office.

Tom Schwarz: Who Is Fury's Next Opponent?

Tyson Fury is a British professional boxer.
He is a former heavyweight world champion, having held the WBA (Super), IBF, WBO, IBO, and Ring magazine titles.

A fight in Las Vegas against Tyson Fury is a dream come true.
I have seen all of his fights several times with my coaches and we have analysed his skills but we have also worked out how to behave against a fighter like Tyson.
I am young, ambitious and in the top of the world rankings.

In 2011, Chisora was not defeated before the fight against Fury

Tyson Fury dressed as batman during the press conference with Wladimir Klitschko.

The Defeats of Tyson Fury

Tyson Fury is an undefeated former world champion.
In 2018, Fury returned to the ring to challenge for the WBC heavyweight title against Deontay Wilder. The fight was scored a Draw (SD).

The defeats of Tyson Fury

Who Is Tom Schwarz 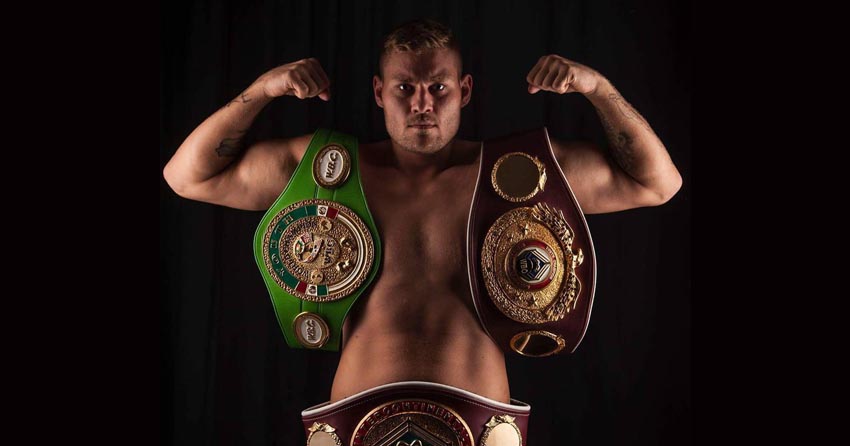 Tom Schwarz is a German professional boxer.
He did not become world boxing champion.

Schwarz is unbeaten, young, fresh and ambitious.
I can’t wait to put on a boxing masterclass for all my fans. The British and Irish fans will invade Vegas. I can’t wait!

Gashi and Fernandez had no defeats before fight against Schwarz

The Defeats of Tom Schwarz

The defeats of Tom Schwarz

Tom Schwarz is unbeaten but has been fighting at a lower level than Fury.
Tyson Fury will win by TKO. 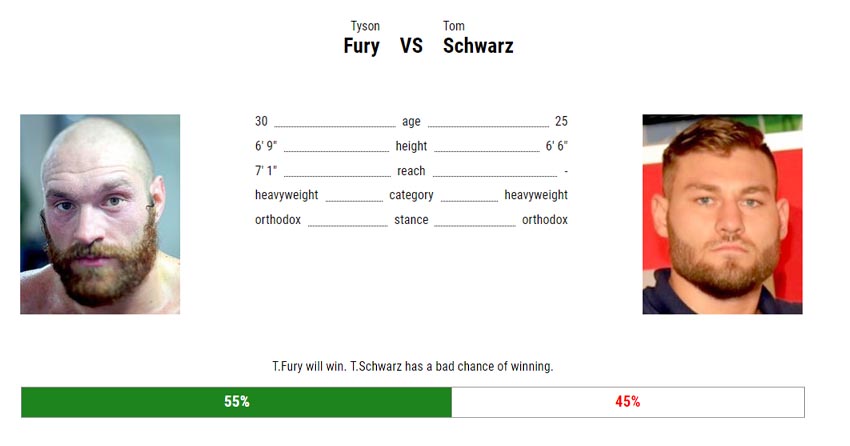