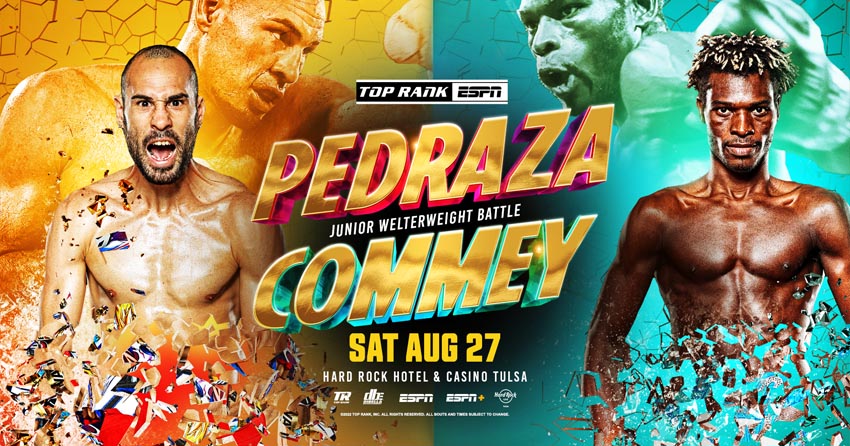 On Saturday, August 27 at the Hard Rock Hotel & Casino in Tulsa, USA Jose «Sniper» Pedraza will meet Richard Commey in a 10-round super lightweight bout.

Who has won?
Jose Pedraza’s bout ended in a draw by split-decision (SD) (video).

The fight will be held at the Hard Rock Hotel & Casino in Tulsa, Oklahoma, USA.

On which TV channel or streaming service can I watch the live broadcast of the fight Jose Pedraza versus Richard Commey?

Who fights on Saturday, August 27?
Fight card subject to change.

Who Is Jose Pedraza? 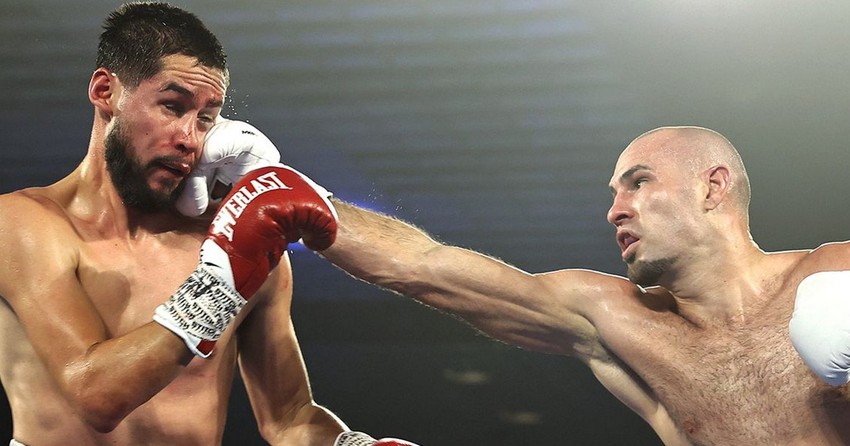 Jose Pedraza is a Puerto Rican boxer.
As a professional athlete, Pedraza has been performing for 11 years.

Jose was born in Caguas, Puerto Rico, on May 8, 1989.
He currently resides in Cidra, Puerto Rico.

The last fight of Jose Pedraza took place on March 4, 2022 against 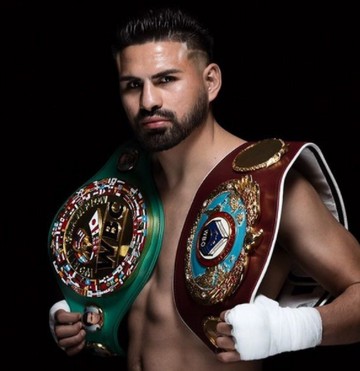 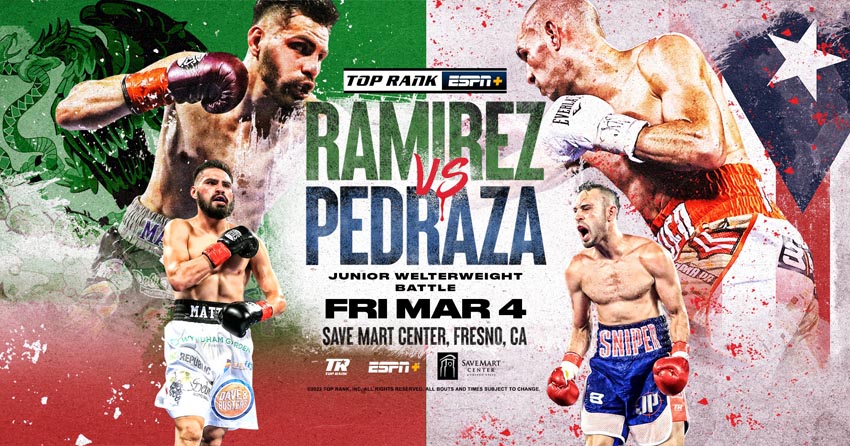 On June 13, 2015 Jose Pedraza became the IBF super featherweight champion in a fight for the vacant title. 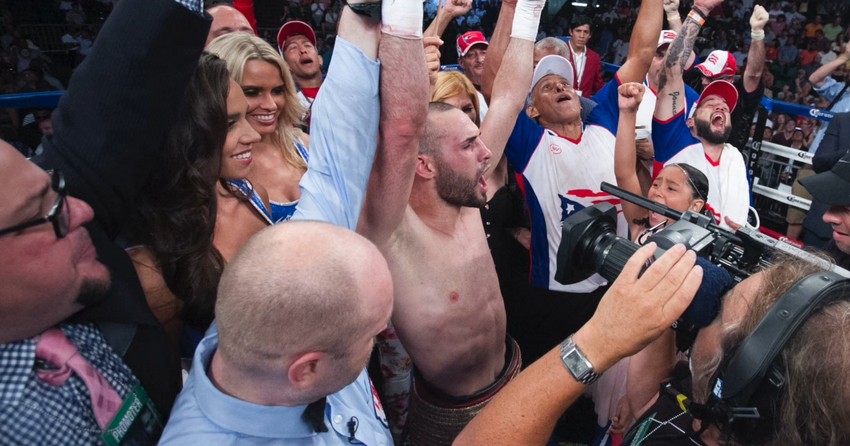 How many fights did Jose Pedraza have?

Who all beat Jose Pedraza?

Who Is Richard Commey? 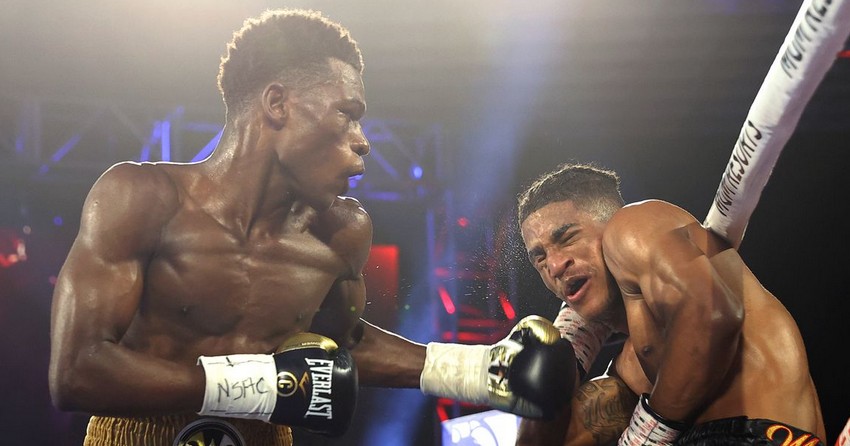 Richard Commey is a Ghanaian boxer.
As a professional athlete, Commey has been performing for 11 years.

The last fight of Richard Commey took place on December 11, 2021 against 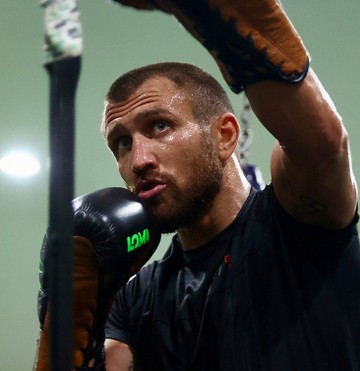 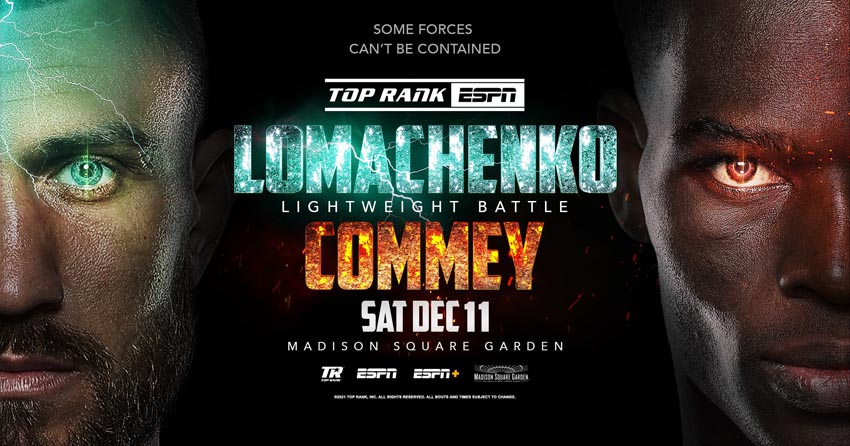 On February 2, 2019 Richard Commey became the IBF lightweight champion in a fight for the vacant title. 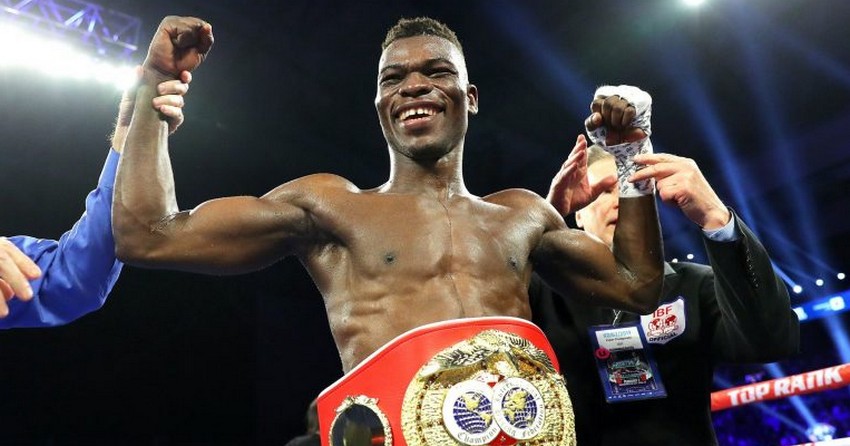 How many fights did Richard Commey have?

Who all beat Richard Commey?

Who will win: Pedraza or Commey?

Pedraza and Commey are worthy opponents.
It is difficult to predict which of the boxers will win.

Nevertheless, I think that Richard Commey will win by technical knockout.