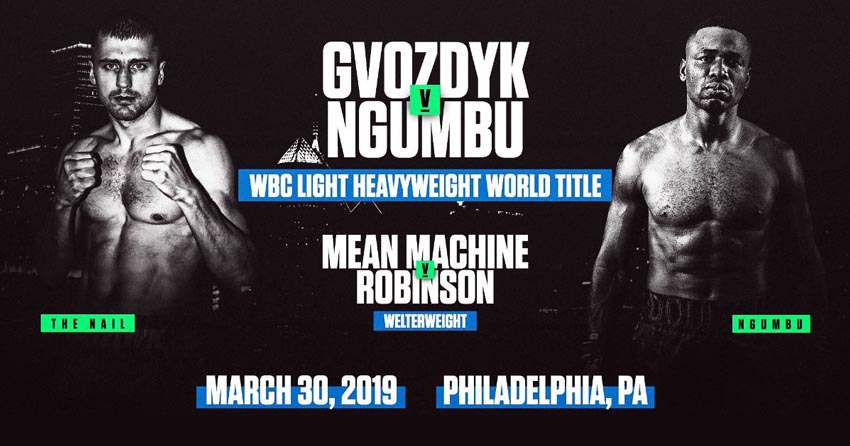 It was a long journey for me to become a world champion, and I plan on showing everyone why I am the best light heavyweight in the world.
Ngumbu is a tough fighter who I cannot afford to overlook. My goal in 2019 is to unify with the other champions, but before I can do that, I have to take care of business on March 30.

After 12 years and 46 fights in my career with serious opposition, I get my first shot at a major world title. I have the utmost respect for Oleksandr Gvozdyk, a great champion who took the WBC title in a war against Adonis Stevenson. It is not going to be easy, but I believe I am much more experienced as a pro and I intend to use that to my advantage.

Oleksandr Gvozdyk is a Ukrainian professional boxer.
As an amateur he won a bronze medal at the 2012 Olympics in London.

Gvozdyk is a good friend of Vasyl Lomachenko.

Adonis Stevenson in hospital after a knockout blow to the head

The defeats of Oleksandr Gvozdyk

All three boxers had no defeats before fight with Ngumbu

The defeats of Doudou Ngumbu

Ngumbu has 8 defeats in his professional career, but only one of them by TKO.

The defeats of Doudou Ngumbu

Predictions: who will win?